Employers brace for paid leave brought on by coronavirus

Just as employers were taking a look at a bill in Congress aimed at providing paid leave for employees affected by the coronavirus/COVID-19 pandemic, the House-passed legislation took on changes in the Senate. As of early March 17, no Senate vote had been scheduled.

Worries from business interests have resulted in a scaling back of the original paid leave provisions in the bill, according to a report in The Wall Street Journal. The new version of the bill still provides two weeks of paid leave for sick workers, those who are quarantined or caring for family members with COVID-19, and those who have children in schools or daycares that have closed.

The new bill also still provides 10 more weeks of reduced-pay leave but only to workers caring for a child whose school or daycare has closed, according to the report. Healthcare providers and emergency responders as well as quarantined workers and those caring for a family member affected by the virus would not be eligible for the 10 more weeks of leave.

That differs from the first version of the bill, which provided that all the workers who received the two weeks of paid sick time would be eligible for the other 10 weeks of paid time at two-thirds their regular pay.

The bill covers a lot of ground and may undergo more changes, but attorneys who advise employers on legal matters urge calm.

“I feel like mostly I am just telling everyone, take a deep breath—one step at a time,” Jo Ellen Whitney, an attorney with the Davis Brown Law Firm in Des Moines, Iowa, says. Even if details change, she says employers should be able to have time to figure things out. “One thing 30 years of practicing employment law will teach you is that panic never helps.”

Here’s a look at some of the bill’s major points that show the general direction lawmakers are going even as more changes are being made.

Enjoy upcoming and past Quarterly Calls with your AMBR Membership! Click here! 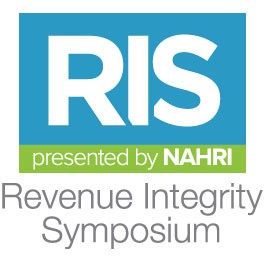